Lisa Gluskin Stonestreet’s Tulips, Water, Ash was selected for the Morse Poetry Prize and published by University Press of New England. Her poems have been awarded a Javits fellowship and a Phelan Award, and have appeared in journals including Cream City Review, At Length, Quarterly West, Blackbird, The Iowa Review, 32 Poems, and Third Coast and in the anthologies Best New Poets and The Bloomsbury Anthology of Contemporary Jewish American Poetry. She writes, edits, and teaches in Oakland, California.

“Lisa Gluskin Stonestreet’s collection, The Greenhouse, asserted itself from the first reading for its interplay of restlessness and patience, its mapping of an interiority both shared and dearly personal, and for its lyric and maternal primacy.  Primacy is the circumstance, yet doubleness is the story of The Greenhouse, a double birth.  The triggering narrative of these fabulous poems traces the coming-into-life first months of Stonestreet’s infant son and the elemental onset of “memory without language . . . / no name, no category.  Milk. // The present nudging at the shore.”  But an ever more engaging, intense tale follows a second birth:  the coming-back-to-words of Stonestreet herself, at once “tethered to the tug on the other end” while also struggling to remember and reclaim—even reinvent—her autonomous self:  “a good test-taker.  Conversationalist. / Raised to please. Born to run.”  At first tentative, hesitant, even self-doubting (“almost guaranteed you will find / it boring / (domestic) (female) (too much) (too little, too small)”), the voice tutors itself in how to return to the social world where she was once so proficient and adept.  It’s the very nature and identity of the self that has changed in the process of mothering—a process so primal and singular, yet so equally mundane (“Millions / of babies, of mothers, millions more jars // flowing from the conveyor belt”).  Throughout this brilliant collection, Stonestreet’s curiosities and honesties are bracing and true, as she chides and nurtures, studies and entreats, meditates, amuses, and sings, even if it’s just “one song when all the rest have fled from memory.”  The poems of The Greenhouse are profound, fundamental works, born of a deep interiority and making their intricate ways, phrase by phrase, toward a design both organic and artful.”  — David Baker 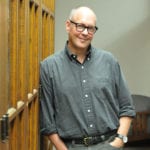 David Baker, 2013 faculty at The Frost Place Poetry Seminar, is the author of ten books of poems:  Never-Ending Birds (2009); Treatise on Touch: Selected Poems (2007, UK), Midwest Eclogue (2005), Changeable Thunder (2001), The Truth about Small Towns (1998), After the Reunion (1994), Sweet Home, Saturday Night (1991), Haunts (1985), Laws of the Land (1981), and Omul Alchimic, a selection of his poems translated into Romanian by C. Tanasescu and published by Vinea Press in Bucharest (2009).  His four books of prose about poetry are Talk Poetry: Poems and Interviews with Nine American Poets (2012), Radiant Lyre: Essays on Lyric Poetry (2007), Heresy and the Ideal: Essays on Contemporary Poetry (2000) and Meter in English: A Critical Engagement (1996).  Among his awards are fellowships and prizes from the Theodore Roethke Memorial Foundation, John Simon Guggenheim Memorial Foundation, National Endowment for the Arts, Mellon Foundation, Ohio Arts Council, Poetry Society of America, Society of Midland Authors, and the Pushcart Foundation.  His poems and essays appear in such magazines as The American Poetry Review, The Atlantic Monthly, The Nation, The New Republic, The New Yorker, The Paris Review, Poetry, The Yale Review, and many others. 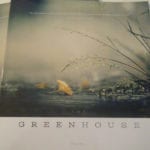 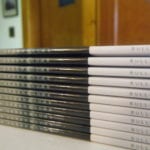 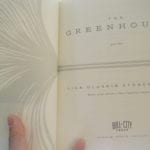