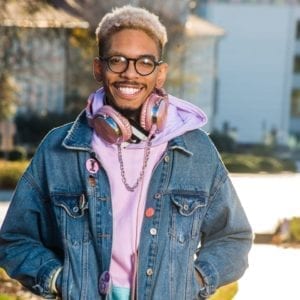 Emiricus Brown-Murillo Gonzalez (né Emir Brown) is a Honduran-American poet and musician from Harlem, New York. They are the author of several books: black.ace – a series of poems, how it feels to love and love again: an anthology and Entitled in the Ghetto. They were the 2017 recipient of the Artistine Mann award in Poetry with the poem, Sonnet 12: Etiket and were twice nominated for an Artistic Image award by the Emory NAACP. In turn, Emiricus was a featured poet in Z Publishing’s 2017 Georgia’s Best Emerging Poets Series. Currently studying Comparative Literature at Emory University, they were the president and co-founder of Free Thought – Emory’s last poetry club.

Barren be my mind after we meet

and make a mess of mess. I’ve lost

my grip on reality trying to keep

I  suffer when you suffocate because

I  know my grip is what chokes you.