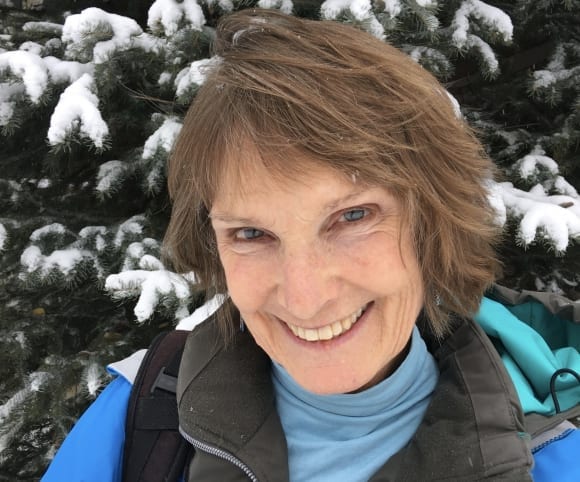 Cindy Berlack grew up loving nature, and still does.  Raised in Wellesley, MA, Cindy attended public school, and traveled to her family’s rustic cabin in Franconia every winter weekend.  Then Middlebury College—another Robert Frost haunt—became her domicile where Alpine and Nordic ski racing balanced her studies.  After a year living in Norway with the nomadic Sami reindeer herders, she graduated with a BA in Anthropology and a teaching certification.  She spent some time in California when it beckoned her with opportunities in acting and screen writing studies.  Cindy married in 1990, and has spent the last twenty-plus years raising her children, Ronnie and Carolyn. Along with coaching alpine skiing and teaching, she has been more than occupied. She is now entrenched in avalanche education due to the loss of Ronnie to an avalanche in 2015.  She is happy to be part of The Frost Place and working to make it a more vibrant part of the special northern NH community!