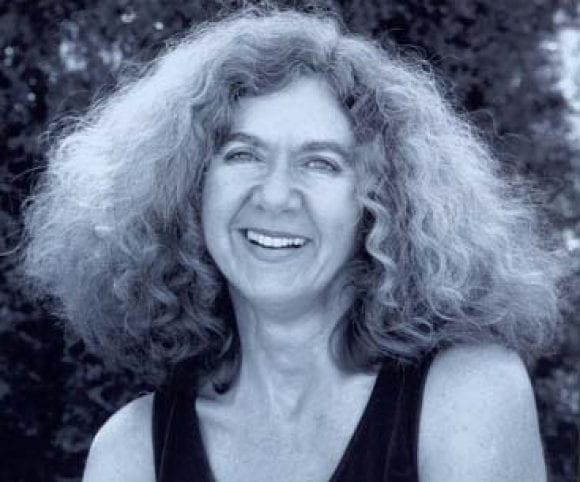 Cleopatra Mathis‘ work has appeared widely in magazines and journals, including The New Yorker, Poetry, Four Points , Tri-Quarterly, The Southern Review, The Georgia Review, Michigan Quarterly Review, and in textbooks and anthologies including The Made Thing: An Anthology of Contemporary Southern Poetry (University of Arkansas Press, 1999), The Extraordinary Tide: Poetry by American Women (Columbia University Press, 2001), The Practice of Poetry (HarperCollins, 1991), and Best American Poetry (2010).

Her first five books of poems were published by Sheep Meadow Press; What to Tip the Boatman? won the Jane Kenyon Award for Outstanding Book of Poems in 2001. Sarabande Books published White Sea in 2005 and, most recently, Book of Dog in 2013.

Prizes and honors for her work include, a 2013 Guggenheim Fellowship, two National Endowment for the Arts grants, in 1984 and 2003; the Peter Lavin Award for Younger Poets from the Academy of American Poets; two Pushcart Prizes, 1980 and 2006; a poetry residency at The Frost Place in 1982; a 1981-82 Fellowship in Poetry at the Fine Arts Work Center in Provincetown, Massachusetts, and fellowship residencies at Yaddo and the MacDowell Colony; The May Sarton Award; and Individual Artist Fellowships in Poetry from both the New Hampshire State Council on the Arts and the New Jersey State Arts Council.

She teaches at Dartmouth College, where she founded the Creative Writing Program, and is the Frederick Sessions Beebe ’35 Professor in the Art of Writing.